Aaron, a Marine Corps veteran, served for 15 years as a military police officer in active wartime. 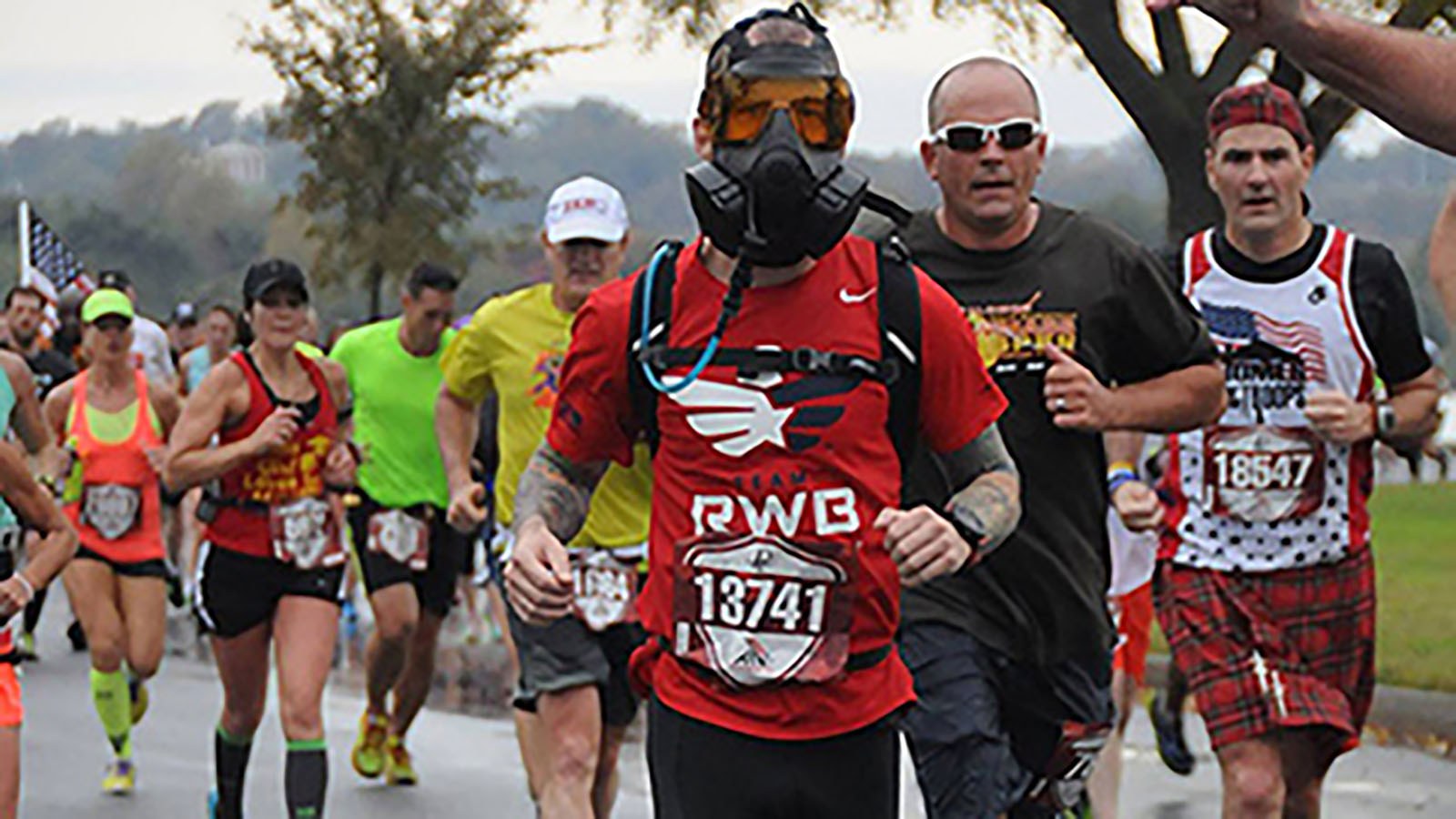 Aaron, a Marine Corps veteran, served for 15 years as a military police officer in active wartime. In his role as a hostage and suicide negotiator, he became concerned with the internal struggles many Marines and veterans experience. Raising awareness of veteran suicide became his inspiration for the challenging run.

Aaron said, “I always tell people that veterans are like wolves. When we can’t run or move, there’s a stronger likelihood for depression to arise. That’s why organizations like Team RWB are so important. They help get veterans mobile physically and mentally because moving is what helps.”

Team RWB had open slots for the Marine Corps Marathon in Washington D.C., and Aaron immediately signed up to compete. “The game changer was the gas mask,” Aaron said. “It was during the fundraising process for the race that the mask was brought up by a close friend of mine who had run his half marathon in a gas mask.” Aaron agreed to wear the mask if he could raise double his fundraising goal. By the time of the marathon, he had nearly quadrupled the goal.

The mask simulates the difficulty breathing that occurs during suicidal episodes. With Aaron’s experience as a suicide negotiator, this hit close to home.

Aaron dedicated his run to 22 Too Many and veteran Clay Hunt, who lost his battle with post-traumatic stress disorder in 2011. 22 Too Many is an organization that advocates for the 22 veterans who take their lives every day.

Now, weeks after the marathon, with his world record under his belt and a new tattoo on his leg to commemorate the feat, Aaron is still in disbelief, but proud of what he accomplished. “Attempting to become a blazing, unavoidable beacon to remind people that we [veterans] are still out there meant the world to me. If I just reached one veteran through my journey and helped them in some small way, then what I did was enough.” 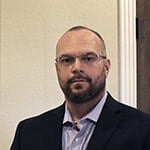