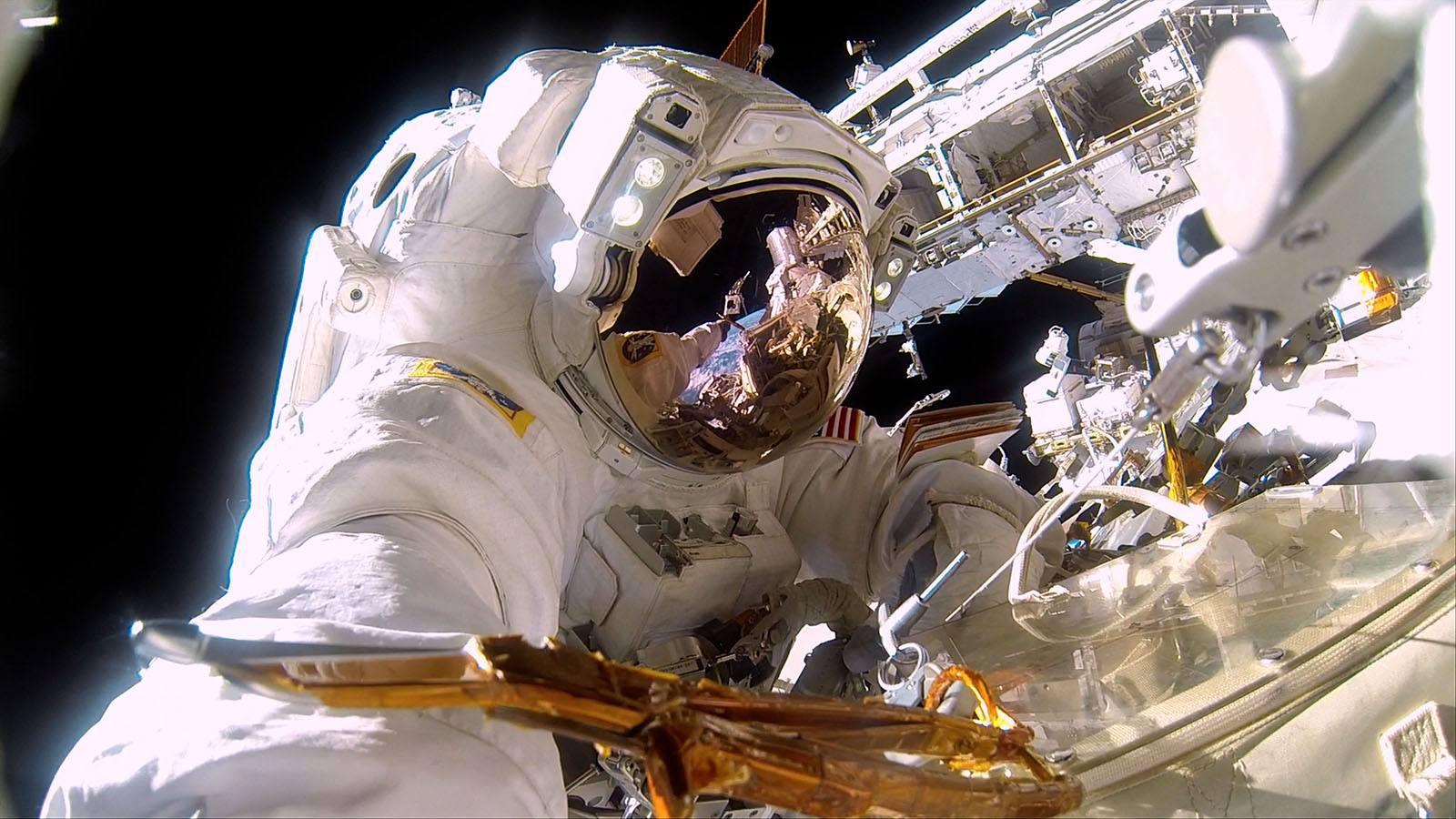 Position: James is an award-winning cinematographer with nearly 40 years of experience in IMAX, underwater, and aerial cinematography. He’s also a Lab Specialist in Full Sail’s Film program, where he’s been sharing his expertise with students for over a decade.

Background: James is a member of both the American Society of Cinematographers and the Academy of Motion Picture Arts and Sciences. He’s worked at Full Sail for almost a decade, serving as a lab specialist and sharing his expertise with students.

Most Famous Person in James’ Phone: The International Space Station

Full Sail: How did you land a gig working with astronauts?

James Neihouse: My very first project out of film school was the first IMAX film shot entirely under water. I was working for a company that specialized in underwater videography, and Graeme Ferguson (president and co-inventor of the IMAX film format) came to us to make a protective housing for a large format camera he’d developed. That was in 1976. I got to know Graeme very well, and when he started the space unit he brought me on to help out. I’ve been helping out ever since. To date, I’ve worked on seven IMAX films shot in space.

Our most recent one is called A Beautiful Planet, and it’s narrated by Jennifer Lawrence. We had three crews that shot this film over 403 days — that’s 15 months. 11.5 terabytes of data came down from space, and out of that we made a 46-minute film.

FS: Have you ever been to space?

JN: I’ve never been to space. They keep finding me when I try to stow away. All of our films are shot from space by astronauts. I’m the only DP in the world who has to train his crew how to make a movie from start to finish. We get about 25 hours of training time with each astronaut before they fly, and in that time we teach them to be camera operators, directors, actors, and sound recordists — basically anything a film crew does on the ground, we teach them to do in space. Over the years I’ve trained about 150 astronauts in total. We send them up with a shot list, and once they’re there it’s 110% focus on their part to keep learning. 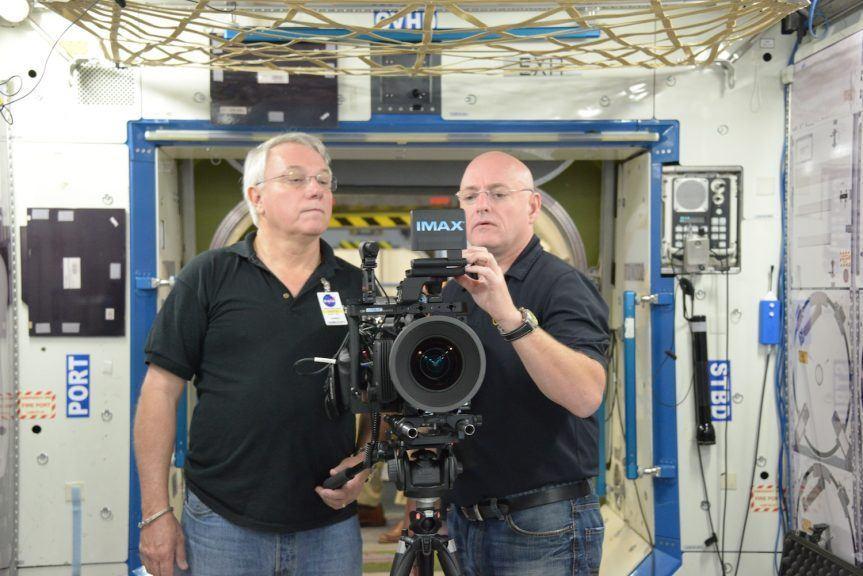 James Neihouse (L) instructs astronaut Scott Kelly (R) on how to use an IMAX camera.

FS: What are some challenges about making a movie in space?

JN: Getting your head around filming in a zero-gravity environment is a challenge. On the ground, it’s not a big deal to change a lens, but on the space station even simple tasks require more thought. You can’t just put the lens on the camera and lock it, because it’ll float away by the time you get the locking mechanism in place. You’ve got to push it against your chest, creating a force loop, and then push the locking mechanism into place.

There’s also no up or down in space, so we’ll often get pictures back and have to decide which way is the best way to view them. We recently printed some stills from the film as part of a gallery show, and one of the shots got printed and framed upside down from the way I’d been looking at it for the last year and a half. I got to the show and I thought, ‘Wait, that’s upside down.’ But really it works either way because nobody knows what’s up or down when you have such a high vantage point.

FS: Do you remember the first time you got a call from the ISS?

JN: I do. The ISS has the world’s best telephone system, because you can call anywhere in the world for free and nobody can call you. Mostly we answer questions via email, but every once in a while we get a call.

I missed my first call from them. I’d left my phone on my desk to go to the restroom, and when I came back there was a notification that said, “Missed Call: International Space Station.” I had a voicemail from NASA astronaut Terry Virts saying, “Hey James, it’s Terry calling from space. The next time I call, you should really pick up.” 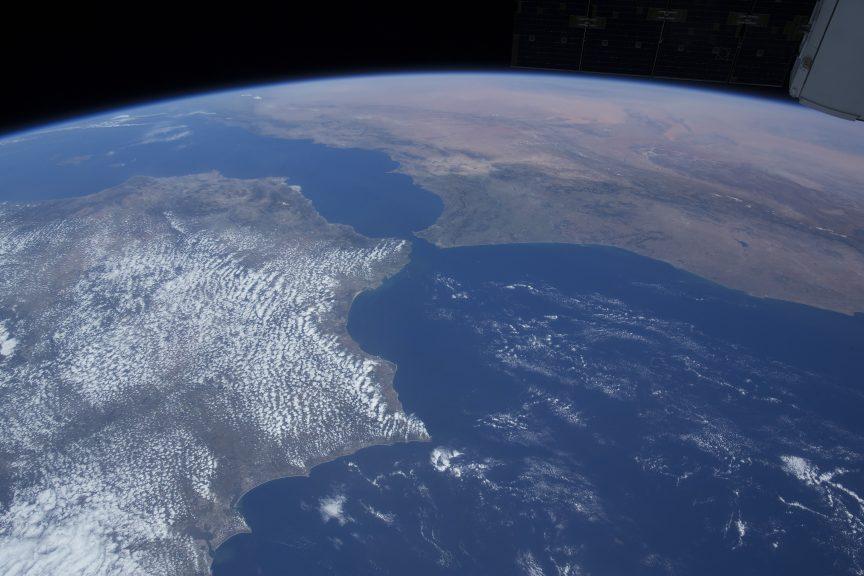 A view of the Strait of Gibraltar, Spain (L), the Mediterranean Sea and North Africa as seen from the International Space Station and featured in “A Beautiful Planet.”

JN: For me, it’s the wow factor. IMAX is so high fidelity that it’s actually a great “simulator”. It makes you think you’re there, which is the beauty of the whole system. There was one cosmonaut, a General in the Russian Air Force, and he came up to me after a presentation and gave me a big hug. He said, “Thank you, my friend, now I can go to space whenever I want.” Those moments are the coolest part for me.