What a big year for video games. Think back on all the titles there were to choose from these past 12 months and it’s a wonder how anyone could have kept up. The Xbox 360 and Playstation 3 had some of their best releases fall within this calendar, while newcomers like the Wii U, Xbox One, and Playstation 4 also threw down with their own must-have exclusives. As gamers we were spoiled for entertainment, and it was a bonus to see so many Full Sail alumni work on the discs we pushed into our consoles throughout 2013.

It kicked off early too, with the release of the anticipated sequel Bioshock Infinite in March. Originally scheduled for 2012, the extra development time obviously paid off, with the title praised for its innovative art style and gameplay. This third entry in the Bioshock franchise featured the work of Full Sail graduates like David Fox (Game Development, 2009), Jonathan Fawcett (Game Development, 2009), and Anthony Tominia (Computer Animation, 2007).

June brought Naughty Dog’s The Last of Us, both a commercial and critical success that would go on to win statues at both the Golden Joystick Awards and Spike VGX. The Playstation 3 exclusive had numerous grads on its production, including Keith Guerette (Computer Animation, 2005), who spoke with us before its release about his work on the innovative survival horror title.

Football season kicked off early in August with the drop of Madden NFL 14. Full Sail alumni have worked on this sports giant for over a decade, and 2013’s entry included contributions from five grads, including Michael Johnstone (Game Design, 2012) who offered insight into his role on the celebrated franchise.

The year’s biggest commercial hit, Grand Theft Auto V, released in September to widespread acclaim – bringing in over $800 million (!) in only 24 hours of release. Ten graduates from our Computer Animation and Game Development programs worked on Rockstar Games’ open-world hit at their San Diego studio.

Outside of the majors, it was also a ripe year for indie developers. A number of our grads worked on their own self-published titles, including Zachary Burns who created the critical hit Chess 2 for the new Ouya console. Also of note, a group of alumni resurrected their Full Sail project Lost Marbles, submitting it to Steam’s Greenlight service.

2013 proved to be an especially memorable year for gamers, with the software that our graduates helped produce, and beyond. The months ahead look to continue that momentum as we see the real kickoff of the next-gen console wars, and a steady release of titles that will help define the future of the medium. 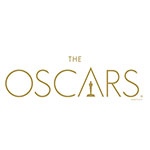 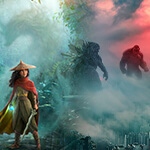