The year started off strong with the 54th GRAMMY Awards on February 12, where 23 graduates of our Recording Arts program were credited as assistants, engineers, and mixers on 12 GRAMMY-winning albums and singles. Brad Blackwood (Recording Arts, 1996) even took home his own statue for mastering Alison Krauss & Union Station’s hit Paper Airplane, winner of Best Engineered Album-Non Classical and Best Bluegrass Album.

The 84th Academy Awards followed later in the month on February 26, and revealed 42 Full Sail graduates on 10 of the year’s Oscar-winning projects. This included top winner, The Artist, which was recognized with Best Picture, Best Director, and Best Actor, among other honors. Five of our alumni worked on the film in roles like rigging grip and production sound mixer.

Achievements in the television arts were honored next with the 64th Annual Primetime Emmy Awards, held September 15. 45 Full Sail graduates worked on 23 winning projects in 42 different categories, with highlights including Film grad Ben Folts getting an award for his work as editor on the 2012 Rock and Roll Hall of Fame Induction Ceremony, and Recording Arts grad Brett Voss receiving a statue as Foley editor on Game of Thrones.

Fall brought further recognition for our alumni in the music industry when the winners of the 13th Annual Latin Grammy Awards were announced on November 15. Full Sail Recording Arts graduates Samuel Allison, Dustin Higgins, and Ronald Sharpless were credited on winning projects in six different categories, including Juanes‘ MTV Unplugged, which took Album of the Year.

Finally, the 10th Spike Video Game Awards wrapped the major award ceremonies on December 7, with over a dozen Full Sail graduates on six of the winning projects. Grads worked on some of our own favorites that swept the VGAs, including Dishonored, Halo 4, and The Walking Dead: The Game, which took home the most awards of the night, most notably Game of the Year.

You don’t often realize the scope of a given year in entertainment until you recap the projects that made the biggest impression in their industries. We’d like to congratulate the grads who contributed to 2012’s award winners, as well as the dozens of other Full Sail alumni who appeared on nominees in contention at these events. 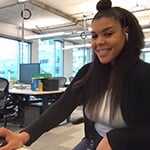 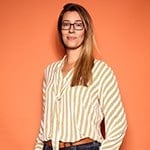