Here at Full Sail the long list of big name projects was also notable for the number of graduates we saw working on many of the most successful films of the past 12 months.

One of the more memorable years for movie releases, 2012 kept us coming back to theaters with a string of high profile book adaptations, sequels, remakes, franchise reboots, and franchise finales. Here at Full Sail the long list of big name projects was also notable for the number of graduates we saw working on many of the most successful films of the past 12 months.

Spring brought the release of The Hunger Games, the first major blockbuster of the year. Fans flocked to this big screen translation of Suzanne Collins’ popular books series, and helping realize that world were Film graduates Sarah Duryea, Chrys Blackstone, and Jeff Wallace who assisted the production during its shoot in North Carolina.

The summer movie season ramped up just over a month later with the May 4 release of The Avengers, which brought together icons like Iron Man, Thor, and Captain America. This comic book epic would go on to become the highest grossing movie of 2012, and we were proud to have an astonishing 56 graduates work on it in different roles – from set assistants to visual effects artists.

Following that massive hit, our grads were attached to blockbusters on almost a weekly basis from May to August – including Battleship, Men in Black III, Snow White and the Huntsman, Prometheus, Rock of Ages, The Amazing Spider-Man, Abraham Lincoln: Vampire Hunter, and ParaNorman.

It was also great to see a pair of Full Sail Hall of Fame inductees on major summer releases, like Kristifer Klein, who was environment lead on Pixar’s latest animated feature Brave. In addition, Oscar-winner Gary Rizzo returned as sound mixer for The Dark Knight Rises – having previously held the same role on the first two entries in director Christopher Nolan’s Batman trilogy.

Fall and winter closed out the strong year for our alumni involved with the film industry. The final chapter of The Twilight Saga – Breaking Dawn, Part II – was released on November 16 and saw contributions from 11 grads, including 2010 Hall of Fame inductee Steve Cainas. Other late-2012 highlights featuring grad contributions included Argo and The Hobbit: An Unexpected Journey.

Many of these films are now on home video in case you want to catch up on some great entertainment you may have missed over the past year. The sooner the better too, as we’re already eyeballing some of 2013’s anticipated releases like The Lone Ranger, Oz: The Great and Powerful, and Iron Man 3 – all of which happen to feature credits from more Full Sail alumni. 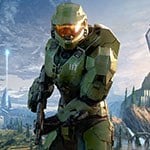 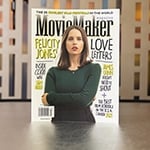