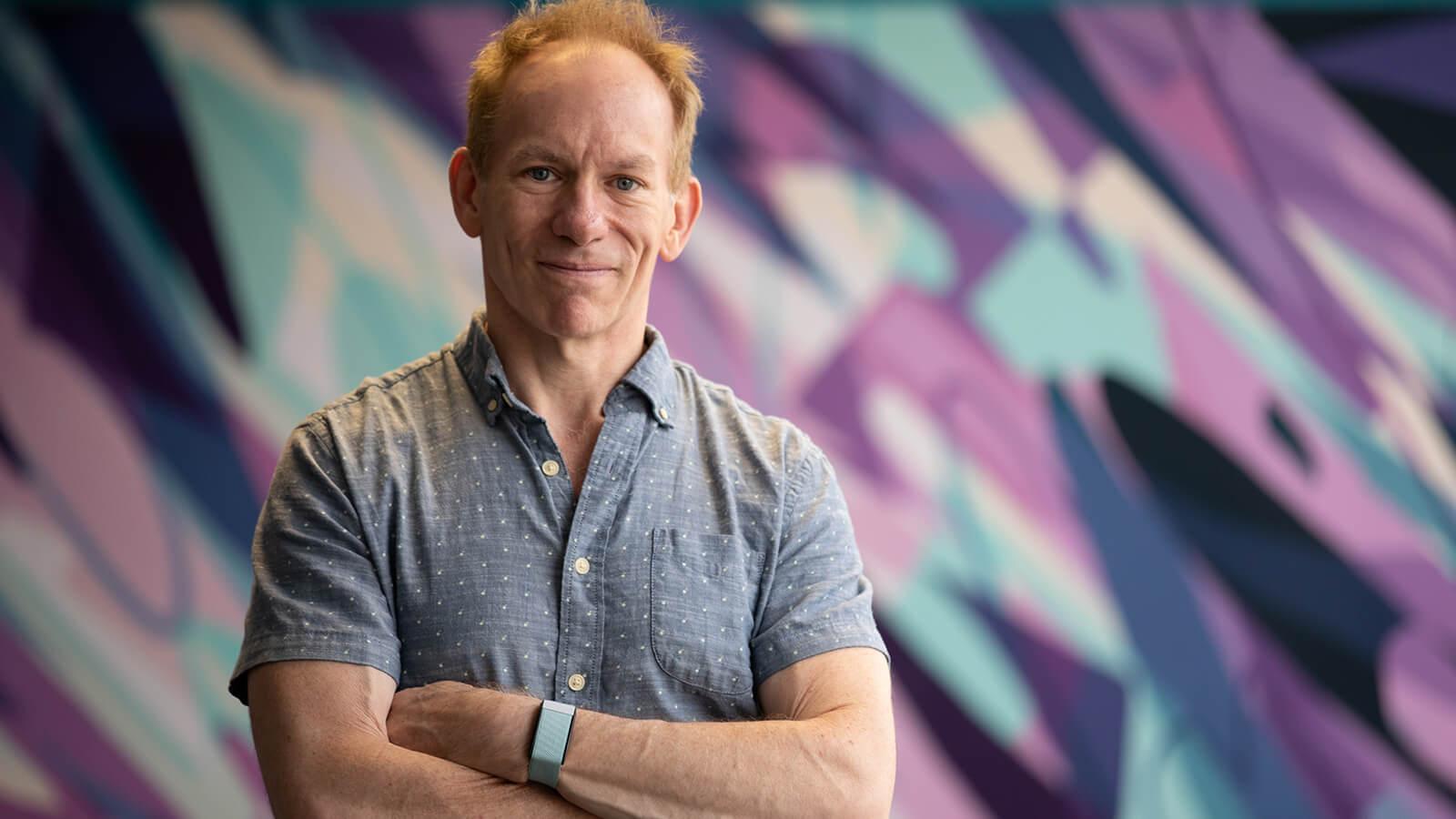 Dr. Charlie Griffin has a lifetime's worth of musical knowledge to share with his students. As the Course Director for Project and Portfolio V in the Music Production degree program, he calls on his advanced degrees in Music Theory & Composition and his years of professional experience as a composer to help Full Sail students create their own original compositions for their professional portfolios.

Charlie taught himself to play the drums and piano in high school and decided to pursue his love of music with a degree in Music Theory & Composition from Queens College in New York. He earned his Ph.D. a few years later, then he started doing as much freelance work as he could get his hands on.

"I started getting commissions to write new pieces of music for local and national ensembles," he says. "I was also working as a copyist. I did copy work for President Clinton's inauguration, and my music got performed at Carnegie Hall and the Kennedy Center."

Charlie's extensive musical education and freelance experience helped him excel in his next role as a Guest Lecturer for the US Embassy in Latvia. He gave lectures on American music, covering topics like the blues, ragtime, jazz, and rock at cities throughout Latvia and Lithuania. He also collaborated with musicians from Scandinavia and the Baltics, and his music was performed in Paris and London. Charlie returned stateside in 2010 and put his background to work as one of the Music Production program's first hires.

"We explore modality, harmony, and rhythm… I provide dozens of listening examples that include sophisticated approaches to time, which is useful for all kinds of commercial music," Charlie says.

Charlie's students build the foundation of their projects by taking a pre-existing melody (like "Auld Lang Syne" or "Ode to Joy") and convert them from 4/4 time to composite meter. From there, students add harmonic color and targeted craft elements, then finally apply the concepts to an original composition for their own portfolio.

On top of educating the next generation of music producers at Full Sail, Charlie has continued to educate music fans in the greater Central Florida area. He's given guest lectures at Walt Disney World's International Festival of the Arts at Epcot on diverse topics like jazz, maverick and women composers, and flow in hip-hop, as well as the film music of John Williams, Danny Elfman, Michael Giacchino, and Hans Zimmer.

Students learning the nuts and bolts of composition are in good hands with Charlie, but that's not the only thing that makes him a great instructor: He's also never forgotten what it's like to be a student. He draws on his own undergraduate experience to help students succeed in Full Sail's fast-paced program.

"When I was a sophomore at Queens College, I found myself in this jazz composition class with master's-level jazz students... I didn't have the vocabulary that everybody else in the room had, and so I had to kind of fight for it. And I talk about that process [with my Full Sail students]; what that fight looked like and what I did to kind of get myself up to speed. I give them some strategies around that to help them relax about what they know and what they don't know."

Grammy Nominations are out! Congrats to the Full Sail grads who worked on nominated projects!