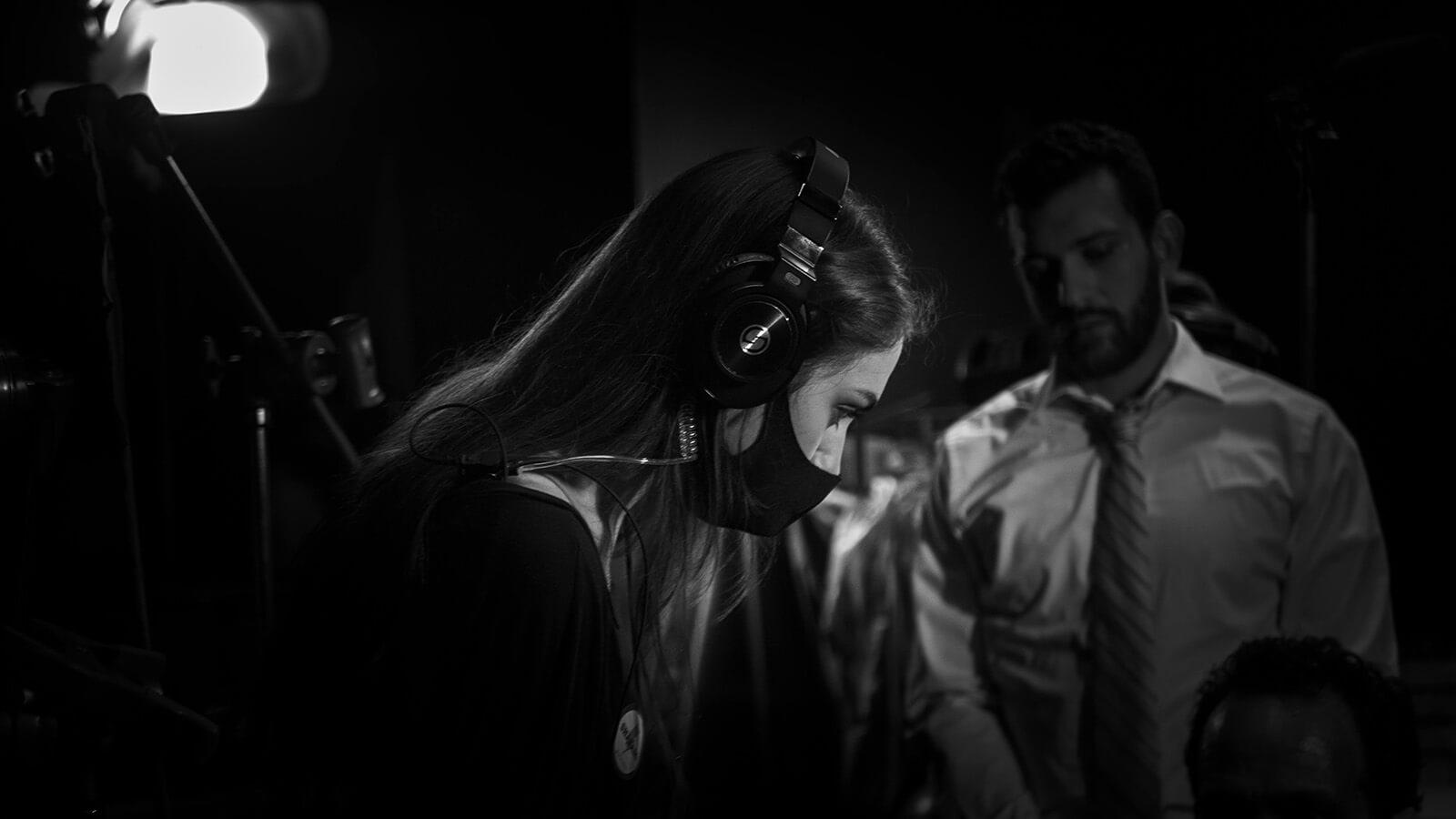 “Pre-production for The Promotion began in February 2020, and was scheduled to begin shooting in March 2020. However, when the pandemic started, it stalled the project a week away from our filming dates and caused us to lose our crew and resources,” recalls Film grad Florencia Minniti on the struggles to complete her short film The Promotion while attending Full Sail. “I immediately shifted my focus to reorganizing the project against all odds of being made. I assembled a new crew and sought mentorship and support from Full Sail instructors.”

In September of 2020, Florencia along with Course Director Kenneth Lee, instructor TJ Doctor and a new crew resumed work on the project despite the complexity of filming with a variety of new restrictions and safety protocols.

“What I learned during production is how important it is to stick to budgets and time during complex productions,” Florencia says. “I went through many days of doubts and fears questioning if my script was good enough and worth pushing through all of the obstacles and challenges that were presented.”

Little did Florencia know that soon after The Promotion’s completion, her fears would be dismissed. Upon completion of the film, she went on to submit the short for multiple festivals around the world including the Indie Short Fest in Los Angeles, Paus Premieres Festival in the UK, and more. Nominated and chosen as an official selection for multiple festivals, Florencia was thrilled to discover the film won for Best Female Director Short Film in the Cannes World Film Festival – a monthly and annual IMDb qualifying competition of all genres.

“I was speechless when I received the nominations and eventual awards which couldn't have been accomplished without the collaboration of an exceptional cast and crew,” says Florencia. “When you enter Full Sail, you are discovering a new planet of incredibly talented people from all over the world.”