Borderlands 3 sold over five million copies worldwide within five days of being released. To commemorate the success of the game and to give students an inside look into the process of developing such a large title, Full Sail University invited some of the grads who worked on it to return to campus and host a series of talks about the industry, discussing their experiences working on Borderlands 3.

The day started with Recording Arts grad and senior sound designer Joshua Davidson speaking to students about the game's unique sound design. Complete with behind-the-scenes footage of foley work, the Gearbox team building their new studio, and personal moments throughout Joshua’s career, the presentation was designed to provide insights into the detail and construction of the game’s sound design. One notable moment involved Joshua providing in-depth explanations of how he layered multiple sounds, altered pitches, and worked with other sound designers to create a unique and memorable boss fight for the Mouthpiece.

Following Joshua’s session, gameplay programmer and Game Development grad Jason Brown gave a presentation focused on data-driven games and the development of the scalable system that enabled Gearbox to deliver on the promise of one billion guns being featured in the game. Jason explained the benefits of data-driven systems and how Gearbox has used them for over a decade. He also gave students tips on getting into game development, advice on how to keep code organized, and insight as to how he's handled potentially messy situations in the development process.

Computer Animation grad Jacob Christopher’s workshop related to his role as a content lead on Borderlands 3, and he discussed the ins and outs of art creation for games this large as well as the lessons he's learned from leading an art team. His presentation gave students real-world examples of how to be more efficient when working with teams, adapting to new software, and what it was like developing the stylized look of Borderlands 3.

The day concluded with a two-hour panel session featuring all six grads where they related their experiences over the course of Borderlands 3’s development. From character sculpting and portfolio construction to important job-related skills, students were able to get answers directly from the pros. 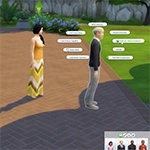 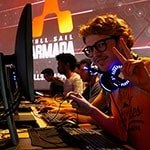