The Computer Animation grad helps create award-winning social media content for the largest food and beverage company in the world.

The phrase "computer animation degree" sparks images of jobs in the video game and film industries, but Full Sail grad Christian Feliciano is proof that an animation education can help you succeed in a range of roles.

Growing up in Puerto Rico, Christian was always interested in working in games and animation. He played it safe with a computer engineering program at a local college, but his heart wasn't in it. He decided that pursuing his true passion was worth the risk and started looking at animation programs. After virtually touring Full Sail's campus via the school's website, he decided to make the leap and sign up for the Computer Animation bachelor's.

Once Christian arrived on campus, he was wowed by the coursework and his professors, who had decades of experience animating for major companies like Disney. "I was just so in love with what I was studying and the professors were so knowledgeable," he says. "Just being around people who were highly skilled, it was just so motivating."

Christian's favorite class was Advanced Game Techniques (now Project and Portfolio VII: Computer Animation, where he learned how to build games in Unreal Engine. The final project was making a 3D multiplayer map level for Unreal Tournament. Christian led a team of five students in creating a level on an oil rig, spending hours after class working out small details.

"There was a piston that would move up and down. If a player shot the piston, I wanted it to stop and smoke to come out. I was there for eight hours trying to figure out how this stupid little detail would happen, and it would happen [only] half the time and I didn't know why."

That attention to detail worked in his team's favor. "The professor asked to meet with us and he said, 'Yeah, we basically give you guys a perfect score… because this looks like a level that would actually be in the game.' I've told my friends a couple of times that that's the highlight of my career. Nothing I've done after has felt nearly as good as working on that," he laughs.

After graduation, Christian moved back to Puerto Rico and worked for a TV network and a post-production studio doing motion graphics design. A few years later, he packed up and moved to Ohio to take a position at Nestlé as a Digital Designer for The LEAD.

At the time, The LEAD was a pilot project that Nestlé created to see if an internal creative team could do a better job with social media content than an outsourced agency. Christian helped Nestlé take The LEAD from a seven-person team to a fully functioning, 40-person success story.

Christian's days at The LEAD are spent brainstorming, pitching, storyboarding, and animating. One of Nestlé's brands will approach The LEAD with social media campaign goals. Then Christian's visual effects team works with the rest of the creative department to come up with a handful of ideas, producing storyboards and animatics for each. Once the brand chooses a concept, The LEAD takes off and Christian's team creates the visual effects for interactive, eye-catching stories for channels like Facebook, Twitter, Instagram, and more.

Christian's had several favorite projects so far during his time at Nestlé. One campaign involved a plucky little gingerbread man named Coffee-Mate Joel. The beverage brand wanted to take Joel from TV commercials to social media ads, and Christian had to create something brand-worthy on a tight turnaround.

"It was one of the hardest projects I've done for Nestlé, just because we're moving the character around, he's talking, so there's lip-syncing, he's interacting with another person… the whole project was probably 80-100 hours of work in two weeks," Christian says. The Coffee-Mate social media ad was a hit, and Christian shows it off whenever a new Nestlé brand approaches The LEAD.

Another project for DiGiorno during The LEAD's early days still stands out to Christian. They decided to create a DiGiorno Pinterest app with two different pins interacting. "There was a pin upstairs of people reaching down to grab some DiGiorno pizza that's on a pin on the bottom," he says. It caught the attention of the Cleveland ADDYs, and Christian's team won gold and silver awards for their interactive pin.

Christian's focus on analog art gave him an edge in the job market, and he encourages current Full Sail students to pay special attention to the school's foundational art courses.

"At first you're frustrated and you're like, 'Why am I doing this? Why am I drawing stuff?' [But] all that stuff is what carries you forward as an artist… You can always practice and be better on [the software], and the only thing that doesn't change is art foundations."

He also emphasizes how important it is to cherish your time at Full Sail.

"There's almost never going to be a time when you're surrounded by that many people who are focused on being better the same way you are, around professors that are so highly skilled and willing to teach… I had the time of my life." 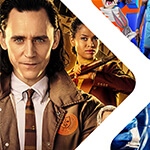 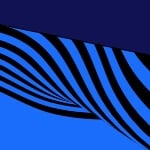 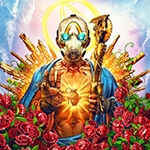