The fourth season of FX’s Archer debuted this month, bringing back ISIS super spy Sterling Archer for another 13-episode run.

The fourth season of FX’s Archer debuted this month, bringing back ISIS super spy Sterling Archer for another 13-episode run. The show has become a hit in the crowded prime time animation genre thanks to its sharp sense of humor and distinctive style, and one of the artists helping craft its visuals is 2006 Computer Animation grad Chad Koerner.

The series is developed by Atlanta-based Floyd Country Productions, with additional contributions from Trinity Animation in Lee’s Summit, Missouri – where Chad has worked as an animator since 2009. Chad joined the series midway through its first year, and we were excited to have him check in with us after the latest season premiere to talk about his involvement.

“We handle the 3D backgrounds, so anytime you see an environment on the show, that’s from us,” Chad says. “What we do is take Floyd Country’s drawings then execute them in the 3D world. There’s never a dull moment with Archer either, it’s always new and exciting. One episode they’ll be in Paris and then the next there’s a chase sequence in New York.”

Instantly identifiable, the series’ postmodern take on Cold War spy thriller conventions has gone a long way in selling its ironic humor to fans. In addition to strong ratings, Archer has also been nominated for major honors like the Primetime Emmy Awards, and even walked away with the 2012 Critic’s Choice Television Award for Best Animated Series.

“It’s completely different from any other cartoon on TV, that’s a lot of the success of the show,” Chad says. “It’s been getting huge reviews, and then the awards. Even the UPS guy that delivers to our company, he’ll come in and be like ‘Oh I watch Archer, that show’s awesome.’ It’s all really cool to be a part of, and I love that I get to sit on my couch and watch a national TV show that has my work on it.”

In addition to Archer, Trinity Animation also maintains projects for a host of other clients, both local and national. During breaks from the show, Chad has broadened his credits with work on architectural, technical, and product-based renderings for companies like Mercedes-Benz, McDonalds, Burns & McDonnell, and Kimball Office.

“Archer is definitely awesome to work on, and so I’m glad that when we’re in between seasons that I have other awesome work to be a part of also,” he says. “We get to do completely different things like legal animation for court cases, so we’re pretty diverse. It’s cool because after I graduated Full Sail I was so excited to see what happened next, and I think everything just fell into place exactly how it should have. I really love it here at Trinity.” 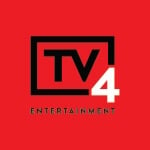 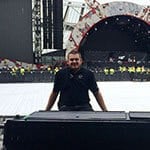