This year’s event was held in London on October 25, and among the winners were titles that featured art, design, audio, and programming credits from a number of Full Sail graduates.

Gamers in the States are familiar with Spike TV’s Annual Video Game Awards, but England has had been hosting its own long-running tribute to the medium with the Golden Joystick Awards, founded in 1983. This year’s event was held in London on October 25, and among the winners were titles that featured art, design, audio, and programming credits from a number of Full Sail graduates.

Game of the Year was given to Grand Theft Auto V, which was released this September to blockbuster sales and critical acclaim. A combined ten graduates from our Computer Animation and Game Development programs worked on the hit at Rockstar Games in various roles, including four who were a part of the studio’s previous hit, Red Dead Redemption.

Best Newcomer went to the Playstation 3 exclusive The Last of Us. This third person action game has been a favorite of gamers and critics this year thank to its gripping action and affecting characters. More than a dozen alumni worked on the title, including Keith Guerette (Computer Animation, 2005), who explained “I’m really proud to be part of a game that was able to pull off such a unique mood.”

The Last of Us developers Naughty Dog also received the prize for Studio of the Year.

Finally, Best Online Game went to World of Tanks from developers Wargaming.net. This is a unique entry in that the game went through usability testing by students in our Game Design program. The curriculum for the degree includes a section where students are tasked with reaching out to a professional game studio and proposing an in-depth analysis of its usability, ergonomics, and player experience.

Looking at this recap of the Golden Joystick Awards it’s inspiring to see so many alumni involved with bringing many of 2013’s most revered releases to the global gaming community. You can read the full roundup of categories and winners below:

Best Newcomer
The Last of Us

Most Wanted (in association with Playfire)
Witcher 3: Wild Hunt

Studio of the Year (in association with MPG Universal)
Naughty Dog

Innovation of the Year (in association with T3)
Oculus Rift

Best Storytelling
The Last of Us 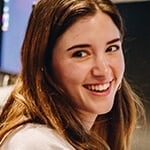