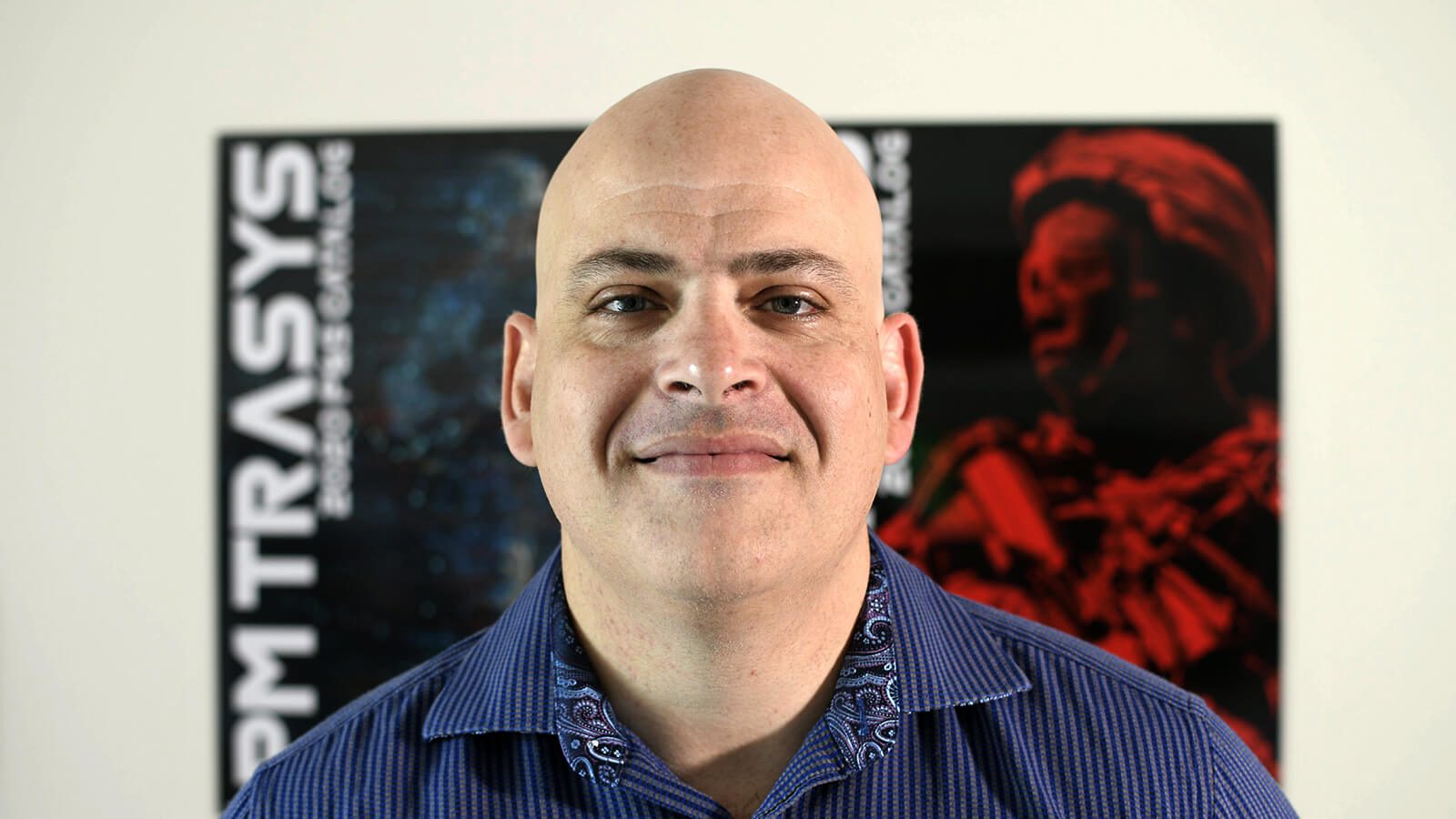 Full Sail grad Cole Dynes is a walking example of the slogan "Once a Marine, always a Marine." He proudly served as an infantry rifleman in the Marines for four years, but when he returned home to Orlando he needed a new role that would give him more time with his family. He was also an avid gamer, and when he found an ad for Full Sail in Game Informer he knew he had to check it out. Cole enrolled in the Digital Arts & Design program, wound up graduating with a Computer Animation bachelor's, and now he's using his degrees to help show off some of the military's latest virtual training simulators.

Graphic art was a whole new world to Cole, but he knew that Full Sail was the best place to start learning. "I didn't even own a computer until I went to Full Sail," he says. "So when they say it's like they teach you from the ground up, they really do."

Cole was 15 months into his Digital Arts & Design bachelor's when he decided to switch to the Computer Animation program. "I fell in love with the 3D graphics and the motion graphics, doing the animation aspects," he says of the inspiration behind the switch.

He excelled in his new degree program and graduated near the top of his class. After graduation, Cole hopped around to different design internships, but he had trouble finding a workplace that meshed with his military ideals and frank communication style. "I realized that my mindset does not work well with civilians. When you call them out on their stuff, they don't like it. I thought they stomped that out of you!" he laughs.

Cole hit the jackpot when he found an ad for a Computer Graphic Artist position with a military contractor. They were helping the Marines get their simulation programs off the ground in Orlando. The simulators and mock weapons are designed to help Marines fight more effectively, and the contractor needed animation and graphic design to show it all off. "[At the interview] they realized I spoke both languages, and before you know it, I got brought on," Cole says.

The experience he gained at the beginning of his Digital Arts & Design program as well as his Computer Animation degree was put to work right away. Cole's job involves making the posters, presentations, and print catalogs that advertise the latest simulators, which requires photography, video editing, animation, and motion graphic skills.

Cole's ecstatic that he gets to design and animate assets for the Marines. "My favorite part of the job is that I still get to work with Marines. It's that camaraderie and that mindset… it's that patriotic ideal."

He also thinks that his time in the military helped him excel in Full Sail's demanding schedule, and the school's pace can give other students an edge. "The sense of discipline I got with the service helps significantly. Because let's be honest, Full Sail is not for the faint of heart… You already chose to go to Full Sail, so you're already a step ahead of anybody else in the fact that you're willing to put the work in."