More than 20 graduates worked on nominated projects at the 2021 Latin Grammy Awards, with eight grads nominated for their own statuettes.

Every year, the Latin Recording Academy honors outstanding musical achievements at the Latin Grammy Awards, and nominated projects frequently have Full Sail grads in their credits. Graduates from programs like Recording Arts and Music Production helped make 2021’s nominees stand out from the crowd. Overall, 22 graduates were credited on 28 nominated projects in 22 categories, and eight grads were nominated by name for their own Latin Grammys.

The Full Sail graduates were nominated for their own statuettes in categories like Album of the Year. Grad Maddox Chhim was nominated as a mixer on Mis Manos by Camilo. Hall of Fame grad Josh Gudwin earned a nomination for his work as a mixer on El Último Tour del Mundo by Bad Bunny, and fellow Hall of Famer Colin Leonard was nominated for his skills as a mastering engineer on the same album. A third Hall of Fame grad, Sebastian Krys, earned a nod as a producer, engineer, and mixer on Origen by Juanes.

“It’s always an honor to be recognized for your work, but this is also a time to reflect on what’s truly important,” Sebastian says. “To me, that’s the privilege of making music and having that work bring comfort and joy into people’s lives. That is the true award.” 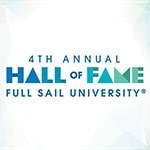