Both students were featured in and interviewed for the magazine’s January/February 2013 issue. Mario, who grew up in Ecuador, enrolled in Full Sail’s online Graphic Design program after moving to Florida in 2009, and he will graduate this year.

Tatiana hopes to pursue her goal of becoming an Art Director at a major music label after she graduates next month. “My favorite part of design is being able to create something from scratch,” she says. “Design allows me to be as creative as I want, use my imagination, and think outside of the box. There is no better feeling than watching your ideas come together.”

Tatiana and Mario, both online students, were recommended by Full Sail faculty members for the honor. “Tatiana proved early on that she was not a one trick pony,” says Design Research Course Director Bartley Argo. “She would tackle a design challenge with multiple concepts and provide severable viable solutions, each as rich and nuanced as the one before.”

Graphic Design USA, a national trade publication, has been a go-to source for graphic design and creative professionals since 1963. You can see work from both students over on our Art of Full Sail Tumblr site. 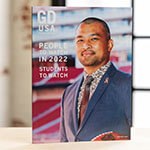 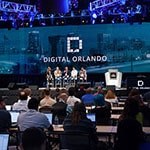