The WWE Network launched this February offering an exclusive streaming service that gives subscribers access to thousands of hours of sports programming.

The WWE Network launched this February offering an exclusive streaming service that gives subscribers access to thousands of hours of sports programming. Continuing Full Sail’s partnership with the global entertainment giant, we were recently pleased to be the host for the filming of NXT ArRIVAL on campus, the first in-ring event to be live streamed through the platform, with an additional performance recorded for future airing.

Students and staff also got the chance to learn more about the WWE Network during a panel conversation the same week. The talk featured the “Voice of WWE” Michael Cole, Paul “Triple H” Levesque (WWE Executive Vice President of Talent, Live Events & Creative), Dave Kapoor (Lead Writer & Showrunner for Raw and SmackDown), and John Saboor (WWE Executive Vice President of Special Events). These four spoke about the business aspects of the new service, the philosophies guiding the company as a whole, and their Full Sail partnership, as well as fielded questions from the audience.

In addition to these events, February saw the WWE award three $10,000 scholarships to current Full Sail students Hamza Aboufirass (Film), Hunter Haines (Film), and Claribel Ross (Entertainment Business). These three were chosen for their professionalism, creative talent, and maintaining good academic standing, while shadowing professional WWE staff and crew during the production of NXT events on campus, where episodes of the series have been produced since 2012. 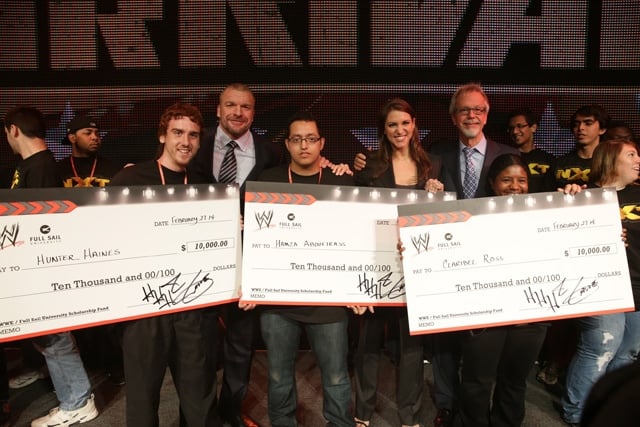 The WWE has now given out six such scholarships since beginning of our relationship, and we’d like to congratulate these latest recipients on their honor 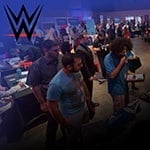 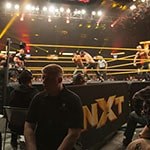