The program’s focus on collaboration, mentorship, and content creation can help students succeed in almost any industry. 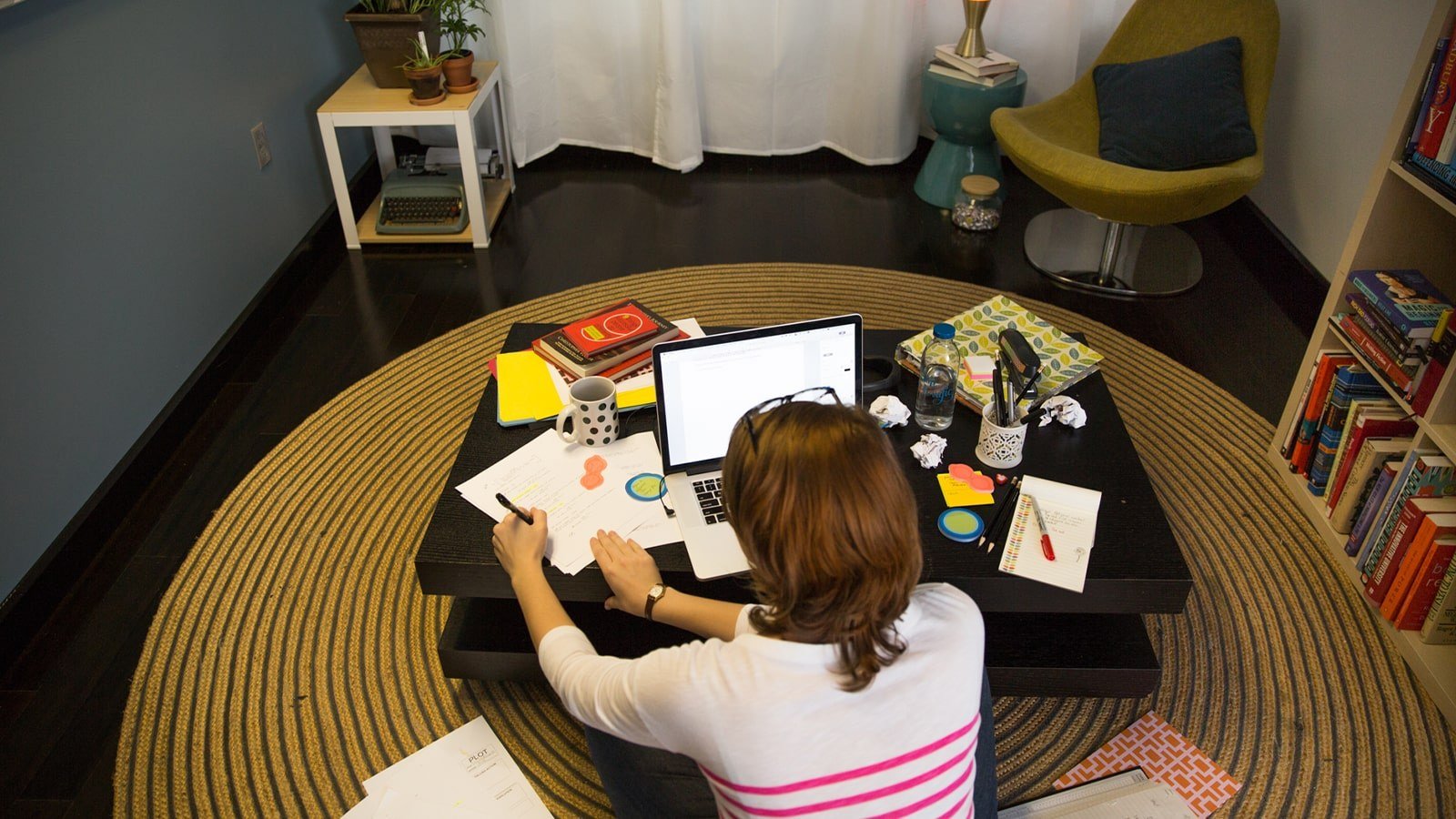 Collaboration and mentorship go hand-in-hand for Media Communications students. The curriculum requires them to work together to pitch and execute monthly in-class group projects. All of the program’s students also meet three times a month for MC Blend, where they collaborate on additional projects based on each month’s media-related theme. Bringing all of the current Media Communications students together helps them connect and learn from each other.

“There's a natural mentorship that happens where I could have just started my program, but I'm in a group with somebody who's later on in the program. And so that's really cool and it creates a lot of community among the students as well,” Kathy says. “It creates a more cohesive feel in terms of the culture.”

That emphasis on teamwork and sense of community creates an environment where students feel secure enough to take creative risks, handle feedback in stride, and deal with conflict. Those soft skills, combined with the program’s technical media curriculum, helped the following grads find success across a range of industries.

2015 Media Communications graduate Iván Emilio Albino landed an enviable video internship with BuzzFeed after he graduated. That internship led to a fellowship, which led to Iván’s current full-time role as a BuzzFeed Video Producer.

“Media Communications is like the BuzzFeed training degree,” he says. “I’ve done well on many of my projects here because of the classes I took in areas such as graphic design, new media journalism, and audio.”

During his time at BuzzFeed, Iván has taken BuzzFeed classes about video and audio editing, assisted producers and produced his own videos, and created content for Pero Like, BuzzFeed’s Hispanic channel. He also gets opportunities to contribute at special events: He attended the movie premiere for Pirates of the Caribbean: Dead Men Tell No Tales and covered the red carpet for BuzzFeed Celeb’s Snapchat channel.

Katy Wright is a longtime film buff who decided to bolster her freelance career with a Media Communications degree. The program’s focus on graphic design, web design, and mentorship helped her develop a personal brand that can compete in the film industry.

"[My instructors at Full Sail were all so invested in me, and invested in what I was doing," she says. Course director Nate Moxley helped her get certified in Avid Media Composer before she graduated, and instructor René Otero connected Katy with a film internship.

The close faculty relationships and media skills Katy developed paid off. Within two years of graduation, Katy was selected for the prestigious America Cinema Editors Internship Program, started working as an assistant editor for digital media company ATTN:, and edited the sci-fi short film Eva , which was shown at the Los Angeles Film Festival and won FilmFreeway’s Sci-Fi Award. Katy was also part of the post-production team for horror flick  Malignant  and was one of Project Involve’s 2020 Fellows.

Rebecca Groh always knew that she wanted to work in the nonprofit sector, and the technical expertise she developed in the Media Communications program helped her get there. The degree’s multimedia classes in audio, design, and video prepared her for her role as a Client Services Specialist with fundraising agency Westfall Gold.

Rebecca’s responsibilities at Westfall Gold include web design, communicating with donors, coordinating events, and more. Her Full Sail education prepared her for the months of planning that go into organizing and promoting each event.

Rebecca is especially proud of the fundraising event Westfall Gold put on for Mercy Ships, an international charity organization that sends hospital ships to countries in need.

Grayson Smith’s role as a Digital Media Specialist with Esports Tower is a natural transition from the Media Communications program. The grad designs branding, graphics, and social media content for the developmental esports club; he says that the degree’s Project & Portfolio courses helped him develop those media skills and apply them to his love of gaming.

"The portfolio classes were the best because I was really able to explore myself creatively," he says. "And I was able to build a portfolio focused on graphic design for esports, which helped me get this job."

Learning from instructor Jason Gillett in the Gaming & Transmedia Storytelling course was another standout experience for Grayson.

"Not only was that class helpful in defining how I tell stories through my work, but Jason was the one who got me into Fortress 40, the event where I got my foot in the door with Armada [Full Sail’s esports organization]," recalls Grayson.